Having travelled far to see palmtrees leaning over a whitesand beach by turquoise water I must say that snow-covered trees leaning over you when cross-country skiing underneath in pure whiteness of a Northern forest is more to my liking. This you can experience in Helsinki, right now. You only need to take the tram 2 or 7 to a stop called Auroran sairaala (Aurora hospital), or, following my example, go by bike with skis on your back, and from there enter the forest we call Central park. Skiing tracks start right next to the hospital. 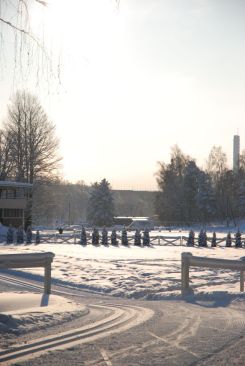 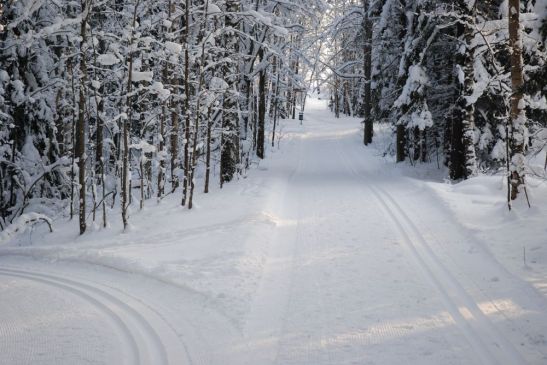 This is not just any forest, but a real one, better than most Finnish forests, which tend to be sort of economical forests with planted skinny trees of similar size in symmetrical lines. In contrast, this Central park of ours has a variety of different trees, even very old, thick and high ones. Wild one this forest however isn’t, nor empty, which would be quite impossible due to its borders reaching very near to the center of Helsinki.  Numerous paths criss-cross the woods and there’ll be plenty of people enjoying the outdoor life so easily accessible for us lucky enough to live hereabouts. But plenty of space there for everybody, the forest’s huge, meaning that momentarily you’ll definitely feel the solitude of wilderness. You could say that Central park is the start of the green forest belt said to continue all the way up to the very Northern Finland. 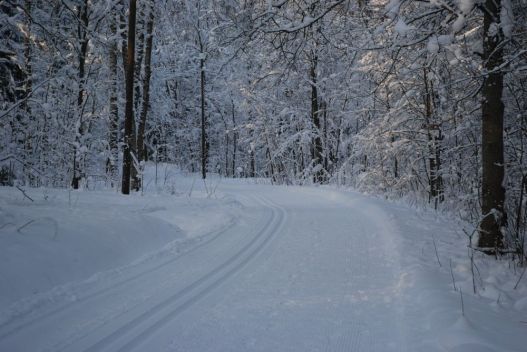 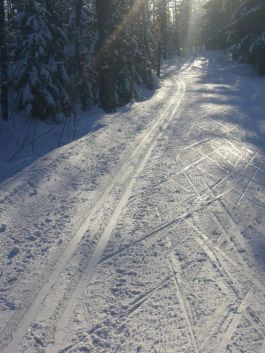 Come snow and the paths turn to multifunction routes where people run or walk, with dogs often, while people like me ski. This works just fine unless you’re too used to extremely well maintained skiing routes to be found for instance upper North in Lapland. The kind of skiing I’m describing here and lovingly manifesting always when there’s snow, is a very urban kind of skiing, where uneven tracks and dog-walkers belong to the picture. However, after a few kilometers from the start you’ll reach routes designated only for skiers. These are of course in better condition. The one nearest from the center is in Maunula, where you should anyway plan to stop at some point of your journey because of the very cosy café in an idyllic red lodge offering oven-fresh buns and hot drinks. 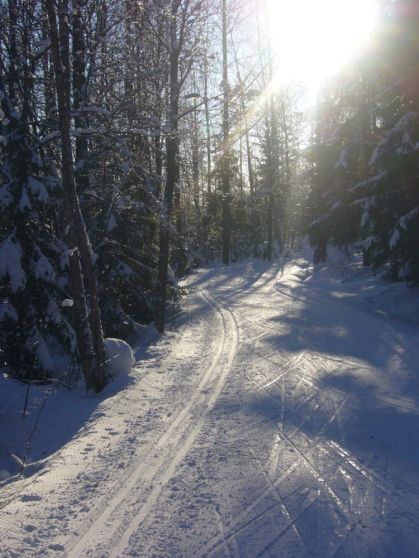 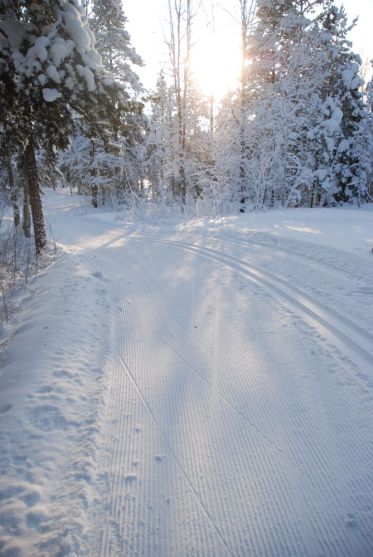 From Maunula it is easy enough to head for Pirkkola, where another well maintained route is to be found as well as other options for breaks, which I never take as I opt to skate-ski fast a couple of rounds there before heading back. Of course, this kind of skiing is very good exercise, which is not what everybody’s looking for. Many tend to take it much easier and concentrate on enjoying the winter scenery and snow, which at its best it’s pure white and covering the trees’ branches thickly causing the leaning-over effect I so much love. I understand this very well but nevertheless always find myself enjoying the speed and muscular exercise. The only downside is that the route options for skaters are more limited than for those favoring classical style, who can easily continue from Pirkkola to Paloheinä. A wealth of very well maintained tracks are to be found there, some of which fulfilling any professionality standards you might have. I never go that far because the connecting route does not have the required width for skating. But no complaints, there’s definitely enough routes for me and anyway I’m just so impressed and happy that such possibilities are to be found so near to my home. Thanks, Helsinki, for making this possible! 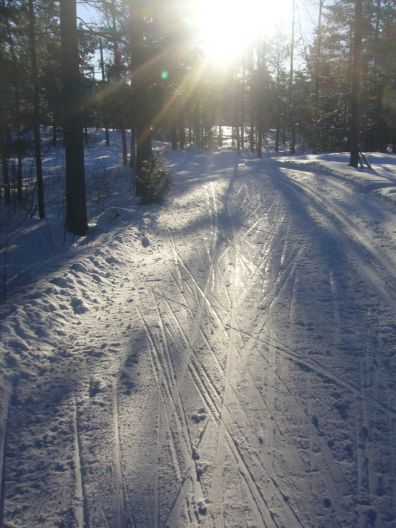 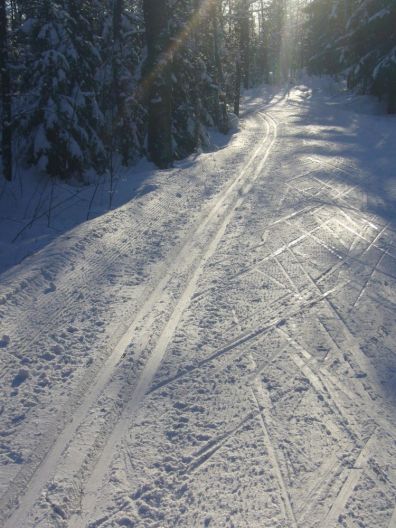 To wrap this up I’ll share my habit of listening to something interesting whilst skiing.  A few year back, when I spent every possible evening and weekend morning skiing the mentioned routes, I listened to an audio book version of Casanova’s memoirs. Easily enough for a whole winter of skiing, this fascinating book series, which gave a fun contrast to the winter forest scenery I was at the same time of course fully enjoying. Lately it’s been Kerouac and other Beatniks, whose poetry hits the spot big time these days. A true feast for senses this kind of experience of combining exercise to art.

Of course, there are times and places for the palmtree scenery as well. It’s all got to do with something like the spirit of place, which I always seek to meet wherever I might be. Right now in Helsinki cross-country skiing and skating, as described in my previous post, truly feels right. Seize the moment, it might not last long!