What to do with kids on a rainy afternoon in Helsinki?

I’ve got a couple of favorite museums in Helsinki which I visit on regular basis but then there are those I’ve actually never visited. For some reason they’re too close to visit and not on top of my mind when thinking about what to do on a rainy September afternoon.

This Saturday I made an exception and decided to visit Finnish Museum of Natural History Luomus – the one that’s right in the city center with giraffes drinking coffee at the museum balcony, just behind the Parliament building. I took my boyfriend as a guide since he has, unlike me, visited Luomus frequently. And to be honest, I can see why.

The museum has three floors and a balcony filled with bones, animals, birds, plants, rocks and sounds – everything and anything that has to do with nature. I’d say this is a perfect museum to visit with children in Helsinki and I’ll definitely take my 8 year old godson there some day.  The kids in the museum were excited about the dioramas representing nature from African savanna to Australian bush and Arctic Circle. The third floor is dedicated to Finland’s nature and this was probably the first time I’ve seen Saimaa ringed seal for the first time in real size – even not an alive one. 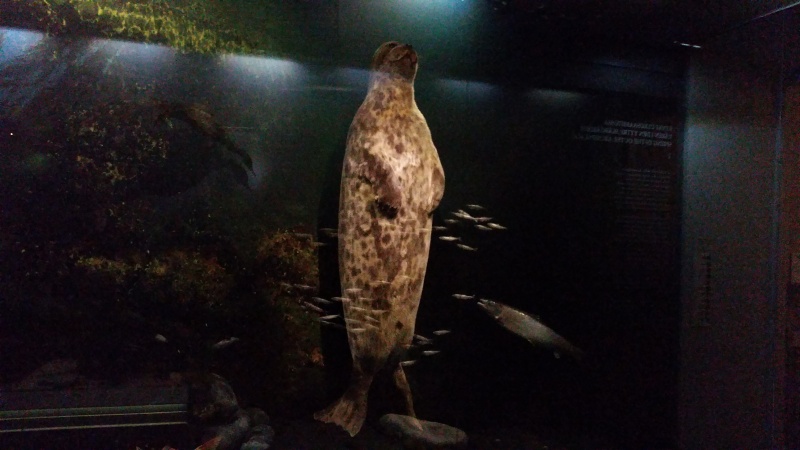 All the dioramas are very well planned and executed and offer plenty to see also for grown-ups even though most of the visitors at that time were smaller children. Trying to see everything in 2 hours prove out to be nearly impossible, so I think I’ll go back and concentrate on one thing at a time. We’ve had a museum card in Helsinki for some time which allows you to visit almost 200 museums as often as you want (one museum per day) within a year for just 54 €. My birthday’s coming up so I’ll definitely add the museum card to my wish list.